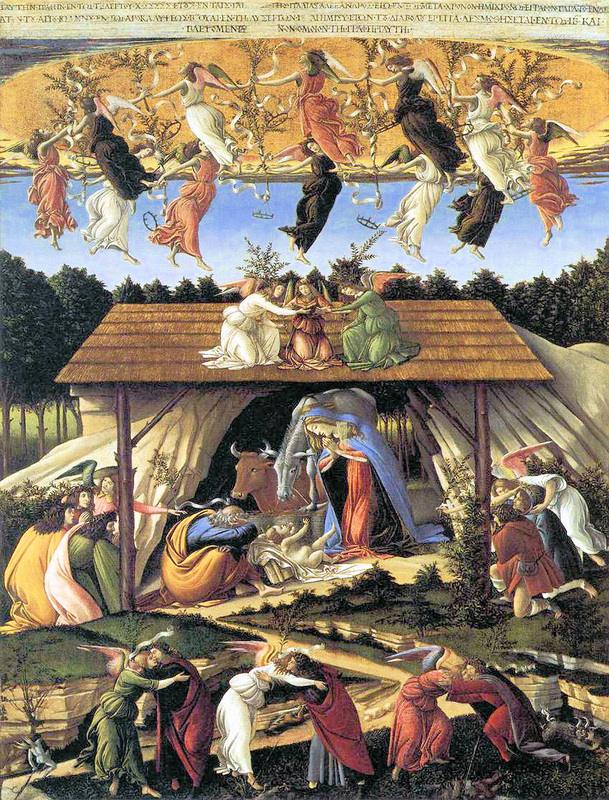 At first glance the Mystical nativity appeared to portray the relatively simple story of the nativity and adoration of the Shepard’s. The painting is divided into three rows, the earthly onlookers at the bottom, the holy family and angels in the middle, and the heavens opening up in the top layer. The predominant colors are shades of green and red; the repetition of these colors harmonizes the painting. This is contrasted only by the white worn by five of the angels that appear in the top layer of the painting. This denoted the heavenly purity that was not present on Earth. The holy family occupies the center of the painting, and Mary’s eyes are the direct center of the work.

In order to understand this painting, it is important to understand the Florence that Sandro was living in by the turn of the century. Savonarola and his prophecies had taken a major hold on the collective intellectual and religious mind of the populous. His prophecy of apocalypse for Florence seemed confirmed when threat of a French invasion led by Charles VIII materialized. An inscription at the top of the work reads, “This picture I, Alessandro, painted at the end of the year 1500, in the troubles of Italy, in the half-time after the time, during the fulfillment of John, in the second woe of the Apocalypse, in the loosing of the devil for three and a half years. Afterward he shall be chained according to the twelfth, and we shall see him trodden down as in this picture.” It is referring to the eleventh and twelfth books of Revelation, which describes the Apocalypse. The overall tone of this work is strikingly different from his earlier paintings, and this is largely due to the profound impact that Savonarola had on him. No work conveys this impact better than the Mystical Nativity. 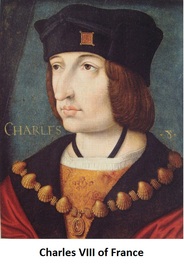